The History of the Robert H. Jackson Center: From Grassroots to Global Recognition 2000-2015 by Kathleen Evans

The History of the Robert H. Jackson Center: From Grassroots to Global Recognition 2000-2015 by Kathleen Evans

The Robert J. Jackson Center in Jamestown, New York, presents and interprets the inspirational life and extraordinary accomplishments of its native son, Robert H. Jackson: public servant and statesman, U.S. Supreme Court Justice, and Chief U.S. Prosecutor at the Nuremberg trials following World War II.  To honor its namessake, the Jackson Center's programs invite and initiate scholarly work on Jackson's legal, social, and political contributions.  The Center places special emphasis on educating youth on issues of justice and fairness.  It empowers national and international officials and dignitaries to analyze contemporary issues of peace and justice through the relevance of Justice Jackson's body of work.  The Center envisions a global society where the universal principles of equality, fairness, and justice prevail and promote liberty under the law.

Prior to her writing career, Kathleen (Crocker) Evans, a retired English/reading teacher, spent 14 years as manager of the Chautauqua Literary and Scientific Circle (CLSC) at the Chautauqua Institution.  During much of that time, she also served on the staff of the Roger Tory Peterson Institute of Natural History in Jamestown.  Evans has been a member of Fortnightly, AAUW, Daughters of the American Revolution, the Salvation Army Advisory Board, and a trustee of the Chautauqua County Historical Society.  As a volunteer on the Jackson Center's education committee, she also authored two articles for its website: "U.S. Grant's Visit to Chautauqua County" (2002), and "Lawyers Oppose Segregation: The Robert J. Jackson-Albion W. Tourgee Connection" (2004).

Because of her interest and skills, the Chautauqua Region Community Foundation (CRCF) provided a grant for Evans to chronicle the 14-year history of the Robert J. Jackson Center celebrated during the 70th anniversary yaer of the Nuremberg trials.  This four-year labor of love provides insight into the Center's unorthodox genesis and exceptional growth.  It spotlights the deep commitment of a nucleus of visionary community members. 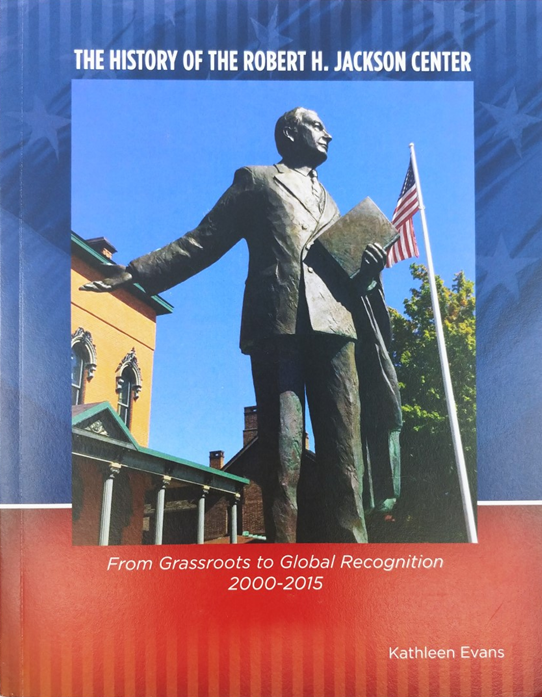