Two CLSC selections for 2023 have been announced! 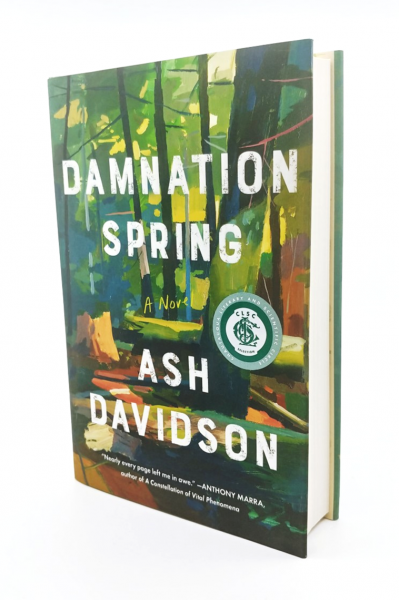 Colleen and Rich Gundersen are raising their young son, Chub, on the rugged California coast. It’s 1977, and life in this Pacific Northwest logging town isn’t what it used to be. For generations, the community has lived and breathed timber; now, that way of life is threatened. Told in prose as clear as a spring-fed creek, Damnation Spring is an intimate, compassionate portrait of a family whose bonds are tested and a community clinging to a vanishing way of life. An extraordinary story of the transcendent, enduring power of love —between husband and wife, mother and child, and longtime neighbors. An essential novel for our times.

The Week Six selection is The Ministry for the Future by Kim Stanley Robinson (Hatchette Book Group). 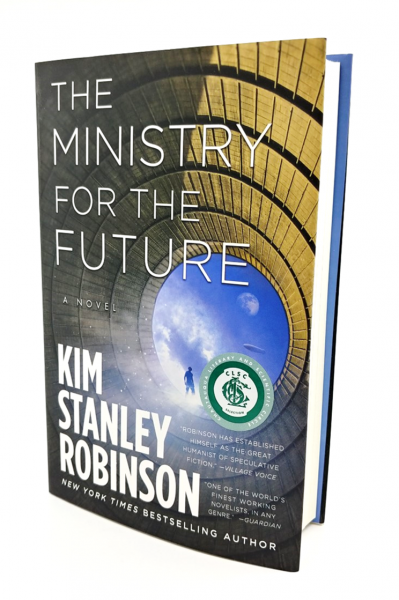 The Ministry for the Future is a masterpiece of the imagination, using fictional eyewitness accounts to tell the story of how climate change will affect us all. Its setting is not a desolate, post-apocalyptic world but a future almost upon us. Chosen by Barack Obama as one of his favorite books of the year, this extraordinary novel from visionary science fiction writer Kim Stanley Robinson will change how you think about the climate crisis.

Imagination is essential to storytelling and to our experiences of reading and learning. To imagine evokes the individual and the collective and invites all its users to be absorbed in creativity, resourcefulness, possibility, and insightfulness. Imagination encourages us to speculate, to conceptualize our past and present, and offer alternative futures as universes full of life and potential. To imagine, we must reflect on our history and epistemologies – how we know what we know – to consider our present as an assemblage of what could have been and what could be. When considering imagination, it’s essential to ask: What possibilities does individual and collective imagining hold for our world? How do we inspire imagination? How and why do we convey our imaginings to one another? Whose imagination becomes reality and why? Can imagination go too far? How do we promote imaginations that are more encompassing in their reaches, instead of those that benefit only a select few? The power of imagination is represented in various forms, such as stories, performances, campaigns, propaganda, national places, and societal norms. This year, the CLSC will explore imaginings old and new: from the muffled and the bold, to the comforting and the unsettling, the local and universal, and more.

The Ministry for the Future: A Novel (Paperback)

The Ministry for the Future: A Novel (Hardcover)