Chautauqua Institution's Department of Education has announced the following Chautauqua Literary and Scientific Circle selections for 2022: 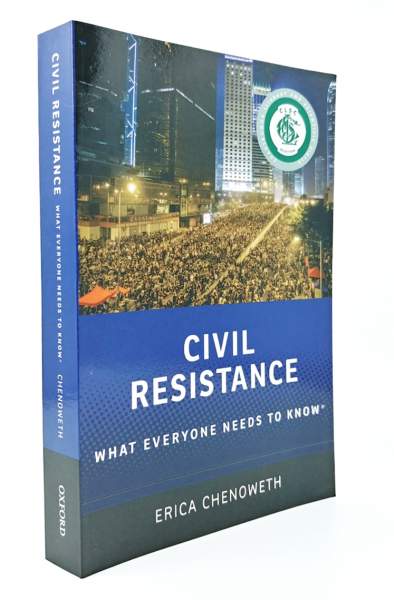 In Civil Resistance: What Everyone Needs to Know, Erica Chenoweth — one of the world's leading scholars on the topic — explains what civil resistance is, how it works, why it sometimes fails, how violence and repression affect it, and the long-term impacts of such resistance. Featuring both historical cases of civil resistance and more contemporary examples such as the Arab Awakenings and various ongoing movements in the United States, this book provides a comprehensive yet pithy overview of this enormously important subject.

Erica Chenoweth is the Frank Stanton Professor of the First Amendment at Harvard Kennedy School and a Susan S. and Kenneth L. Wallach Professor at the Radcliffe Institute for Advanced Studies at Harvard University. At Harvard, they direct the Nonviolent Action Lab, an innovation hub that provides empirical evidence in support of movement-led political transformation. Chenoweth has authored or edited nine books and dozens of articles on mass movements, nonviolent resistance, political violence, revolutions and state repression. Their work has been honored with the 2013 Grawemeyer Award for Ideas Improving World Order, the 2012 best book award from the American Political Science Association, and the Karl Deutsch Award, which the International Studies Association gives annually to the scholar under 40 who has made the greatest impact on the field of international politics or peace research. They hold a Ph.D. and an M.A. in political science from the University of Colorado and a B.A. in political science and German from the University of Dayton.

Ryan Busse Gunfight: My Battle Against the Industry that Radicalized America 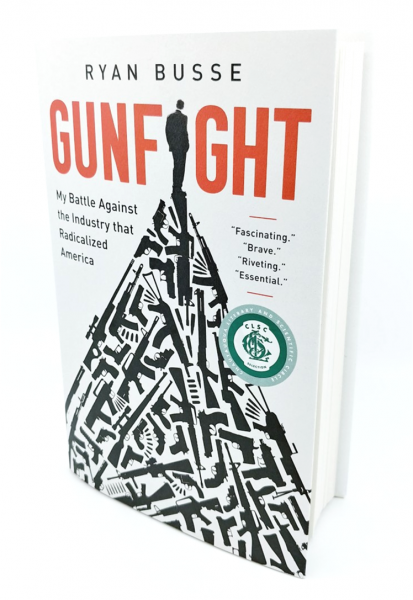 For 30 years, Ryan Busse chased his childhood dream and built a successful career selling millions of firearms for one of America’s most popular gun companies. He is an avid hunter, outdoorsman, and conservationist — all things that the firearms industry was built on.

In Gunfight, Busse argues that the gun industry has abandoned its self-imposed decency in favor of hardline conservatism and McCarthyesque internal policing, sowing irreparable division in our politics and society. America's gun industry has shifted from prioritizing safety and ethics to one that is addicted to fear, conspiracy, intolerance, and secrecy. He recounts his personal transformation and shows how authoritarianism spreads in the guise of freedom, how voicing one's conscience becomes an act of treason in a culture that demands sameness and loyalty.

Ryan Busse is a former firearms executive who helped build one of the world’s most iconic gun companies and was nominated multiple times by industry colleagues for the prestigious Shooting Industry Person of The Year Award. Busse is an environmental advocate who served in many leadership roles for conservation organizations, including as an advisor for the United States Senate Sportsmen’s Caucus and the Biden Presidential Campaign. He remains a proud outdoorsman, gun owner, father, and resident of Montana.

Civil Resistance: What Everyone Needs to Know(r) (Paperback)

Gunfight: My Battle Against the Industry that Radicalized America (Hardcover)